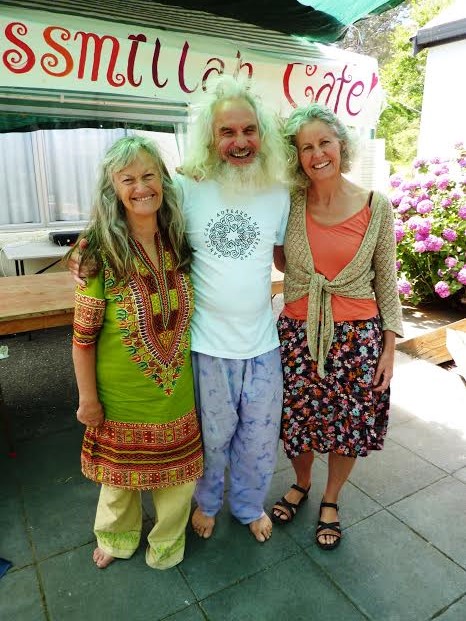 During the mid 1990s Premanand Proven started to go to the Dance Camps in the UK and Europe and felt particularly touched by these. A dream was seeded to create a similar DUP Camp in Aotearoa:  a Dances of Universal Peace camp that formed a heart community; dancing, working and being together where children and families were embraced; a camp where youth and young adults are welcomed and encouraged; a camp to encourage new people into the dances; a place where both national and international leaders and dancers could come together sharing in rich community; a camp where heart-community generously pulls together so it can happen.

Prem and Jocelyn Kennedy created Dance Camp in 2005, after 2 seed Camps in 2003 and 2004.  These Camps were the succession of Baraka festival which Catherine and Nasir Grace originally created in 2002, joining them as part of the team. They were blown away at the success and support of the first Camp with leaders and participants coming from both nationally and overseas. Amrita Bhakti came on board after the first couple of Camps as Jocelyn stepped back. The huge heart of our Camp is often commented about by our overseas visitors, and Camp has been growing and maturing ever since.